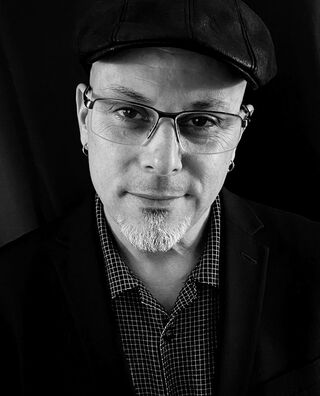 Ever since picking up his first pair of drumsticks at age ten, Drummer/Percussionist Kevin Winard has been fascinated with music—all types of music. Being raised in a musical family, he was introduced to all the greats, from Count Basie to James Brown. Growing up in Santa Barbara, CA he studied drums with Tony Cappiello who was then a student of legendary teacher Freddie Gruber. At the age of 17 Kevin recorded his first album with the Matt Catingub Big Band featuring the legendary jazz singer Mavis Rivers. Over the next seven years he went on to record another five albums with this highly acclaimed Los Angeles based big band.
When he was just twenty years old he began touring the country backing up one of the most successful pop duos in musical history--The Captain & Tennille. He toured and recorded with them for over ten years. In the summer of 1988, Kevin traveled the United States with the pop group Times Two opening for Debbie Gibson on her Out Of The Blue tour. In 1991 Kevin was requested by French rock star David Hallyday for his European tour and live album. That same year he traveled the world playing with pop icon Paul Anka.

​Still striving to broaden his musical horizons, Kevin soon found himself working with two of the greatest vocalist of our time: Vic Damone and Jack Jones. “Working with these great singers and performers taught me so much about music” he says, “to play for the song, to let the lyrics come through, these were some of the greatest lessons I could learn”. In 1993 he began working with Brazilian singer/guitarist Kleber Jorge. Brazilian Music quickly became one of Kevin’s greatest loves. As a result of that association, he began touring extensively with Sergio Mendes performing in the US, Philippines, Japan, Malaysia, Canada and Europe.
From 1999-2005 he toured with world famous trumpet player Doc Severinsen (The Tonight Show starring Johnny Carson), performing with symphony orchestras across the Country. "I had never worked with such an artist who was so dedicated to his craft. The consummate showman and performer, Doc always inspired me to play my best".

His drumming and percussion talents have also led him to perform and/or record with artists such as Ray Anthony, Debby Boone, Delaney Bramlett, Les Brown, Carol Burnett, Rosemary Clooney, Christine Ebersole, David Finck, Carol Fredette, Bob Hope, Roger Kellaway, Hal Linden, Gloria Loring, Marilyn Maye, Jim Nabors, Diane Schuur, Tom Scott, Téka, Lauren White, Roger Williams, Mark Winkler and many others.
Since 2005 he has been the drummer for singer/producer Steve Tyrell. During the past fifteen years Steve and the band have been to Japan, Europe, Singapore, the Philippines, South Korea and the US extensively. With Steve he has performed on the Today Show numerous times, The CBS Early Show, The Tonight Show, Michael Parkinson's show in London and Katarina Witt's Stars On Ice show in Germany. His tours have also taken Kevin to perform at many European Jazz Festivals: Montreux Jazz Festival (Switzerland), Istanbul Jazz Festival (Turkey), Vitoria Jazz Festival (Spain), San Javier Jazz Festival (Spain), Nairn Jazz Festival (Scotland), Ronnie Scott's Jazz Club in London and also to Buckingham Palace where they performed for The Prince Of Wales. Steve also has a residency at the world famous Cafe Carlyle in NYC where Kevin has performed with him for the past eleven years in a row. Kevin can be heard on several recordings of Steve’s: Live At The Cafe Carlyle, I’ll Take Romance, It's Magic–The Music Of Sammy Cahn, That Lovin' Feeling, the live concert DVD Steve Tyrell-Coming Home, A Song For You and his latest release, Back To Bacharach 21–Song Extended Edition. He is also involved in numerous projects which Steve has produced for different artists including Country Music star Neal McCoy's You Don't Know Me and famed Broadway star Kristin Chenoweth's highly successful The Art Of Elegance.

He has been on numerous recordings and continues to have an active studio career. A few of the CDs he’s been asked to play on recently are Jeff Elliott's upcoming release, Quinn Johnson's Pastimes (From Times Past), Jane Monheit's Come What May, Dan Olivo's debut project, Mark Winkler’s Old Friends and bassist David Finck's latest solo CD. (For many of these recordings Kevin recorded both his drums and percussion from his home studio and then sent the tracks in remotely due to COVID restrictions. For examples of previous remote sessions please refer to his STUDIO page). For a complete list of recordings please refer to the DISCOGRAPHY page.

As a contributing writer, Kevin has published articles in Modern Drummer and Drum Business magazines. To view please them visit the ARTICLES page. As an educator Kevin has performed master classes in the Chicago area for the Contemporary Music Project, the Milwaukee Conservatory of Music, UWM, and is currently the drums and percussion instructor at Santa Barbara City College.

As a producer he has been involved in projects such as, Camilla’s Swing ‘n’ Sassy, Mellonie Irvine’s debut release You’ve Changed, Margie Nelson’s Hungry Girl and most recently as co-producer for Brazilian singer/guitarist Téka’s latest CD So Many Stars.

His latest endeavor is a project that features him singing jazz standards and is aptly named Kevin Winard Sings. Produced by pianist, composer and arranger Peter Clark. this venture is an exciting diversion for him. Kevin explains, “It was a natural transition. Having worked with some of the greatest vocalists in the world It made complete sense. Many years ago my Mom was a professional singer performing on various radio stations in Mexico and here in the U.S. In addition to her live performances she was also a recording artist. My Dad was a drummer before WWII and loved the Jazz greats. When I was growing up, they were always playing a wide variety of music in our house. After all of these years I guess it was just in my blood to continue the tradition of being not only a drummer but also a singer.” Musical examples can be found on the MUSIC page.
​
With all of these projects and tours under his belt, what does the future hold for him? “I want to delve more into the producing. I love the process of taking on a project, working with an artist, and developing his/her vision into reality. As an entertainer, it is still very rewarding to perform live, but there is nothing like capturing a moment during a recording session; when the take is over and all the musicians stop and just smile at each other without saying a word...They just know that they have created something special. That to me is what it is all about.”
​
​